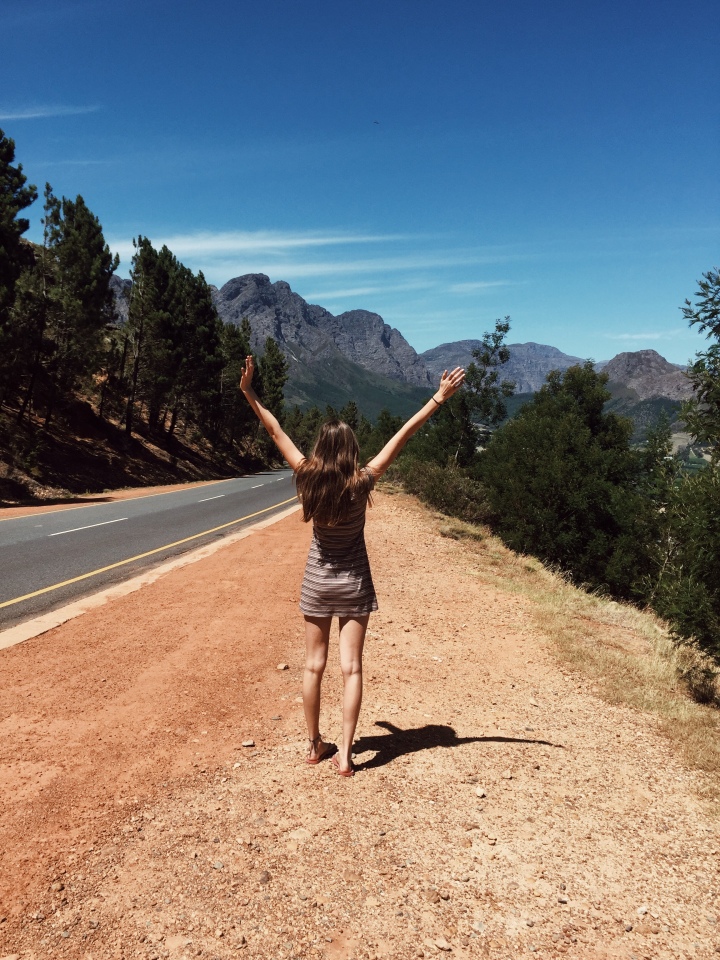 For about a week over New Year’s we moved away from Stellenbosch and rented a house in Constantia which is a big suburb outside Cape Town. The house belongs to a family with small kids which wasn’t hard to notice. They have this enormous room only as a playroom for the kids. Which my small cousins really enjoyed. The house has a amazing backyard with a pool and a great view on the mountains. I really liked this place, it was near to everything.

Kalk Bay, shopping and the beach

At one of the first days we decided that we should drive to some beach and just have a nice beach day. We took the drive to Kalk Bay in the search for the ocean pools they have there. We got pretty disappointed when we saw that the pools were not that fresh and like 5 cm from a restaurant where lots of people sat eating.. So basically we didn’t feel like jumping in there and headed over to Kalk Bay Beach instead.

The beach was unfortunately not that appealing either. It might sound like we’re very picky people. But that’s really not the thing. In Kalk Bay you first have the city, then a train track and then the beach. So we’ve seen so much more beautiful beaches in South Africa and also, since this was just after Christmas the beach were super crowded. 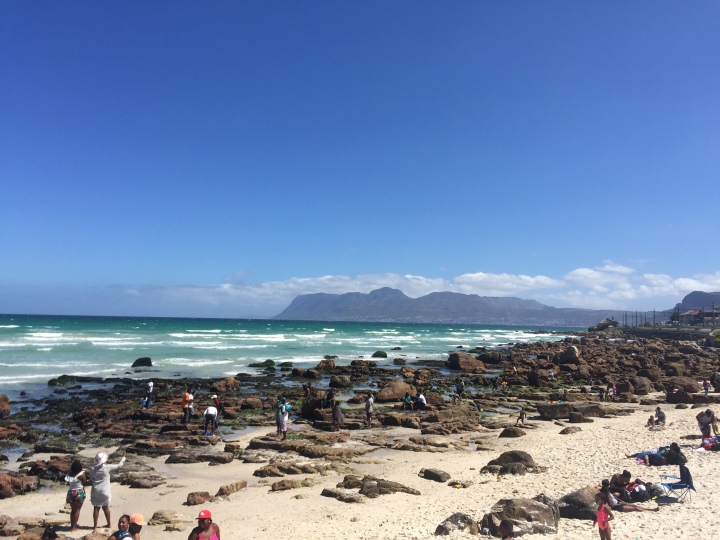 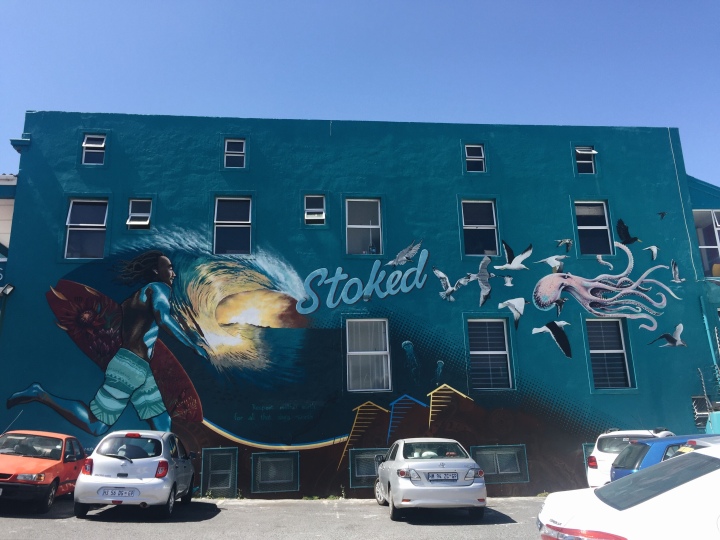 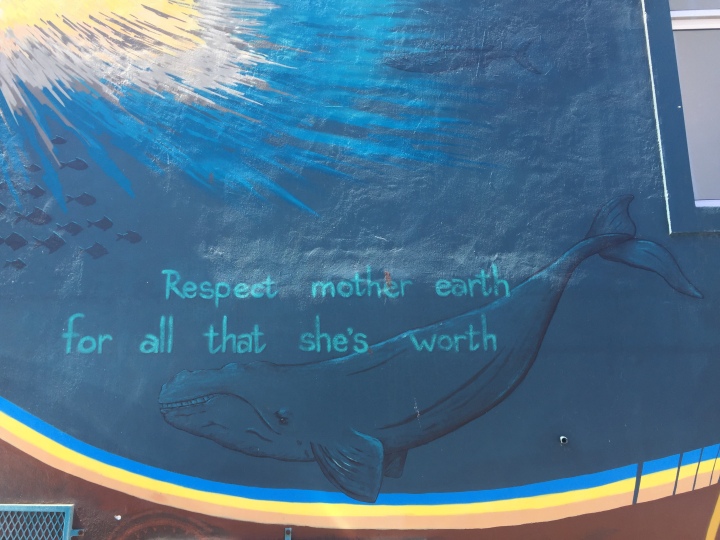 I love these graffiti walls, they are so beautiful and has such a powerful meaning. “Respect Mother Earth for all that she’s worth” I love that quote. Anyways instead we walked the street and looked in to some really cute shops! I found a very cool clothing shop and bought a really nice top. We also visited a famous restaurant in Kalk Bay, The Cape to Cuba Café. This restaurant/café had the coolest Cuban furniture and the most delicious Latin American food! Later we headed to Muizenberg beach instead which is a really nice beach. But unfortunately it was soooo windy and so incredibly much people!! So this day became a shopping and pool day at home instead of a beach day. 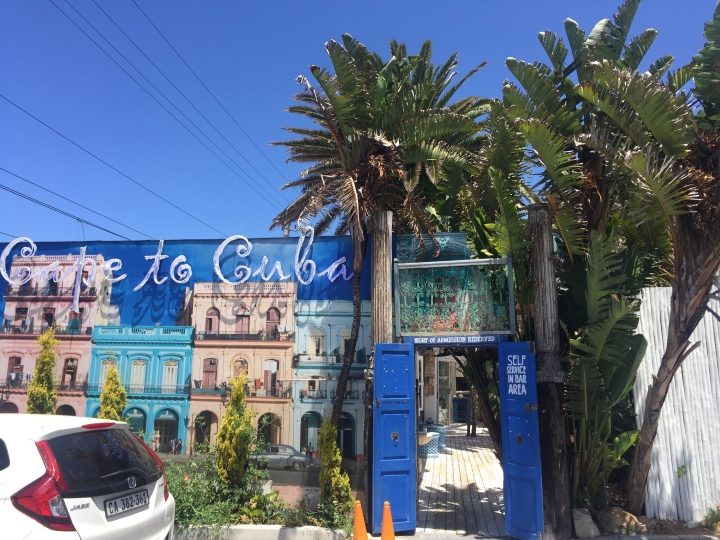 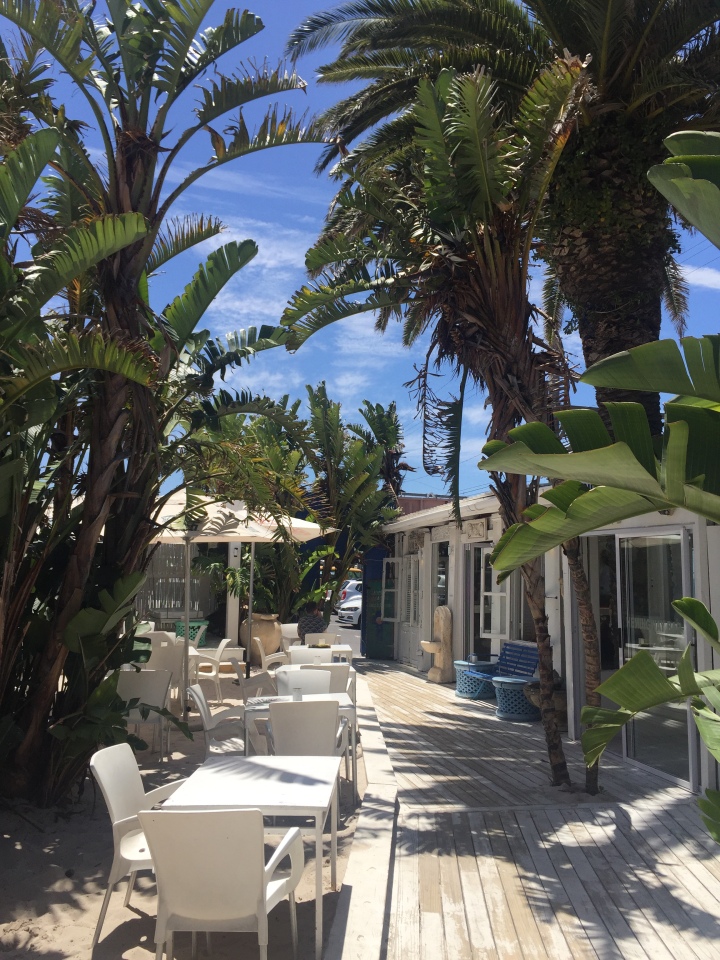 Last time we were in South Africa 2 years ago, me and my family visited Kirstenbosch botanical garden which is a botanical garden (duh) in Cape Town. It is a really beautiful area that also hosts concerts. Last time we went to a Mango Groove concert which is a South african “dance music” group. We had literally never heard of them before but they were actually good and it was such a nice vibe. These concerts are outdoor, in the actual garden and it’s so nice cause the thing that’s unique for this place is that everyone takes with you picnic bags and sit on the grass in front of the stage. You eat dinner, listen to some nice music and have a amazing evening. Love it.

This year we actually went to 2 concerts on the same trip. The first one was a concert featuring the South African singer Lira. Her songs has such feel good vibes and lots of African beats! Which I absolutely love!! We had so much fun at this concert. At the end of the concert when everyone had eaten their picnic she sang a song of hers called “be about it” which I really liked, if you’re curious go listen on Spotify! Everyone in the crowd stood up and danced, and it was so much fun. 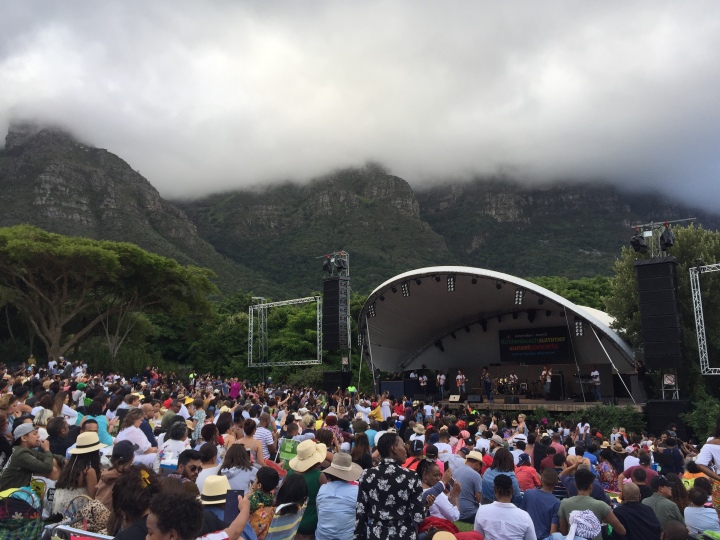 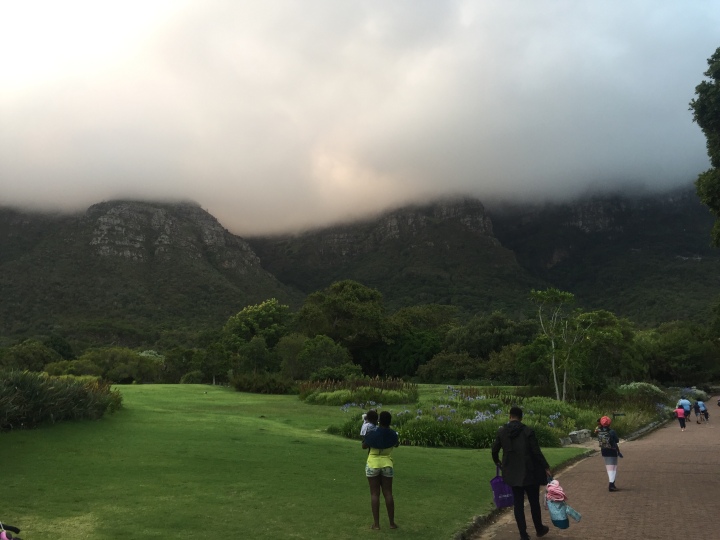 This was one of the best nights of my life, I got to see my favorite artist live while eating sushi at New Year’s Eve!!!! How great isn’t that??! Jeremy Loops is a South African singer, songwriter, record producer and surfer dude. My aunt had ordered like tons of sushi that we took with us to the concert and the rest of the night was just so freaking amazing. My dad and I (who also likes Jeremy Loops) walked down to the stage and stood like really close. The countdown were also so cool! Here’s some pics and videos of one of the best New Year’s Eves ever: 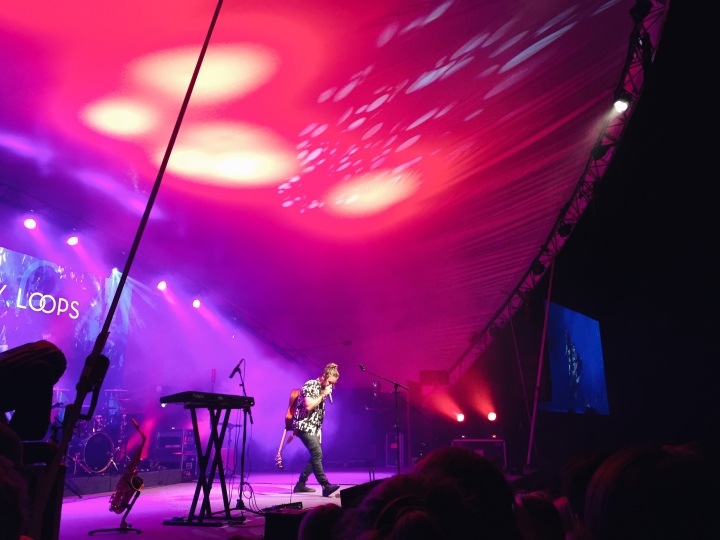 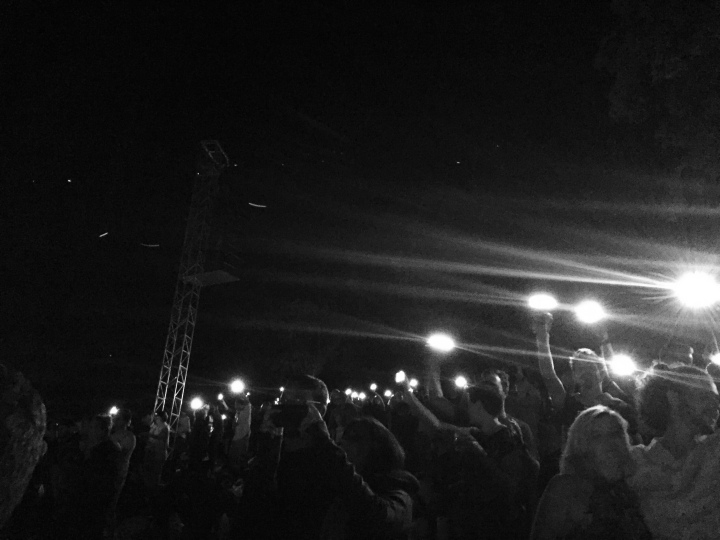 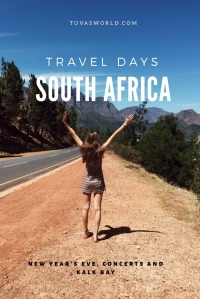 This were some of the most amazing days and I miss it all so much! If you liked this post, let me know in the comments and hope you’re having a great week! 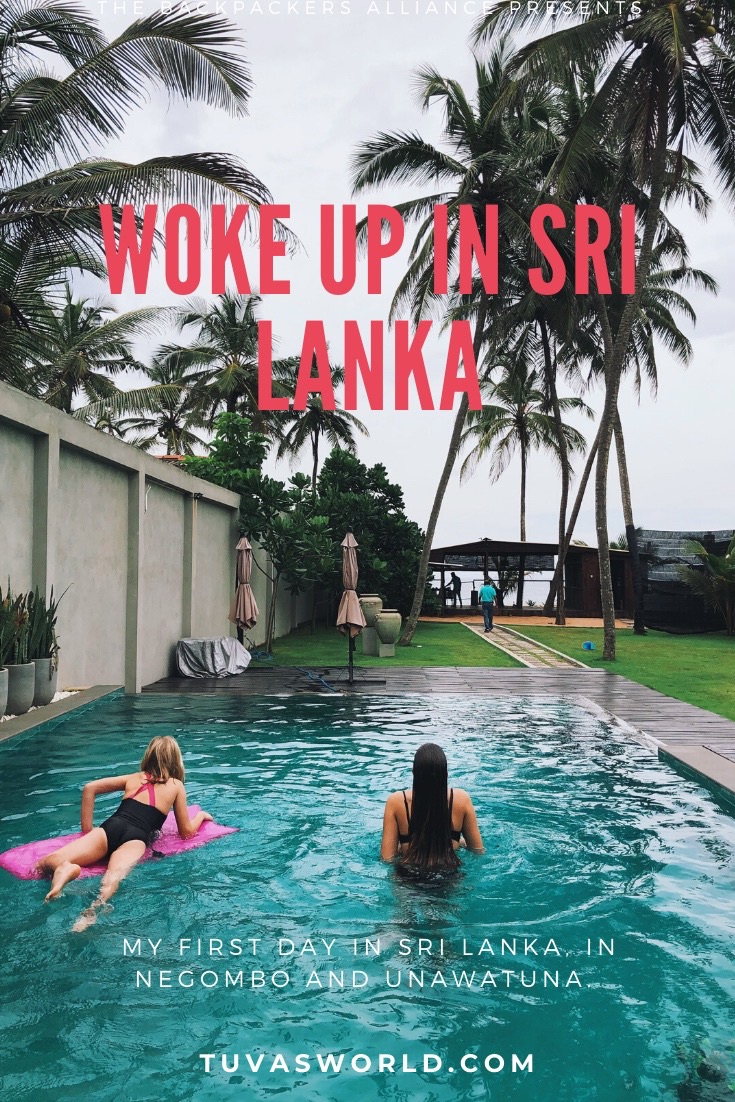