In today’s post, let me inspire you of an incredibly unique place to discover when the world is back to normal, the southern African country, Namibia! A place of wilderness and wildlife, adventure, savannas, starry nights, heat, food, and culture.

I visited Namibia at the end of 2016. We went over the holidays to first go on safari in Namibia and later fly down to Cape Town for Christmas and New Year’s Eve.

We landed in Windhoek, Namibia’s capital, rented a car with two tents that you could fold up on the roof and sleep on top. The first days we stayed at a small but nice bed & breakfast in Windhoek called the Monte Bello Guesthouse. After a day or two, we drove up north on our way to Etosha National Park.

Namibia is a country with a huge area of savannas and plenty of sand because of its dry climate. Along the coast, you’ll find the Namib Desert and in the east the Kalahari desert. The Namib Desert and Swakopmund are special because of their orange sand and how the dunes go all the way to the beginning of the Atlantic ocean. We, unfortunately, didn’t have the time to visit the desert but we will hopefully go back for that some other time since we grew fond of Namibia.

Along the roads through Namibia, you won’t see a lot of cities or even villages. Most of the country is wildlife and we saw lots of animals running beside the road. The view from our car consisted of sand, bushes, and the occasional truck driving by.

When we first arrived in Etosha National Park, we stayed at the Etosha Safari Lodge. A perfectly located hotel with a stunning view. At night we sat on the big deck and ate dinner while watching the thunder and lightning roam over the savanna.

Next accommodation was Onugma Tamboti Campsite, a campsite made for people to park and fold up their tents. We parked in the (completely) orange sand and folded up our tents on the roof of the car. Which was our accommodation for the night.

It was nice falling asleep to the sounds of animals lurking in the bushes and by the watering hole a few meters away and of course the never-ending sound of crickets on a hot night. In the morning I woke up to the heating sun rays coming their way through the tent. Our night at this camp was an amazing experience, especially when my mom had to kill a huge scorpion, because you know that’s wildlife.

At the National Park you can choose whether you’d like to go on a guided safari or drive by yourself and take your time to look at the landscapes, the animals, and the stunning nature. The area is so enormous so I highly recommend going by yourselves. We went by ourselves and saw giraffes, elephants, zebras, lions, dik-diks, buffalos, and a hell of a lot of springboks.

Even though you might have seen the same sorts of animals thousands of times at a zoo, it’s such a different feeling when you see them in their actual natural habitat. It’s where they belong. And you are for once the guest in their home.

Namibia has the most incredible nature I’ve ever seen. Inside of Etosha, you’ll find the Etosha pan, an old lake turned into a massive area of minerals and salt. The lake was first formed over 100 million years ago but over time the earth’s climate forced the rivers to change course and flow directly out to the Atlantic Ocean instead of the lake.

Today, the salt pan is as large as 130 km long and up to 50 km wide. Which makes it the largest pan in Africa and is even visible from space!! This salt pan is also the reason for the name “Etosha” which means “great white place” in the language of the Ovambo tribe. Imagine, as far as your eye can reach there is only white ground and a blue sky. The white salt was together with the sun so blinding, that we had to wear sunglasses. It was like being on a different planet for a while.

It’s safe to say that Namibia is one of the most unique countries I’ve ever visited and I can’t wait to go back and explore more. Have you visited Namibia or went on safari in another country that you recommend? Let me know in the comments.

24 thoughts on “Namibia | Cruising Through the Endless Savannas” 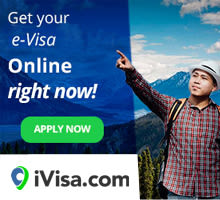